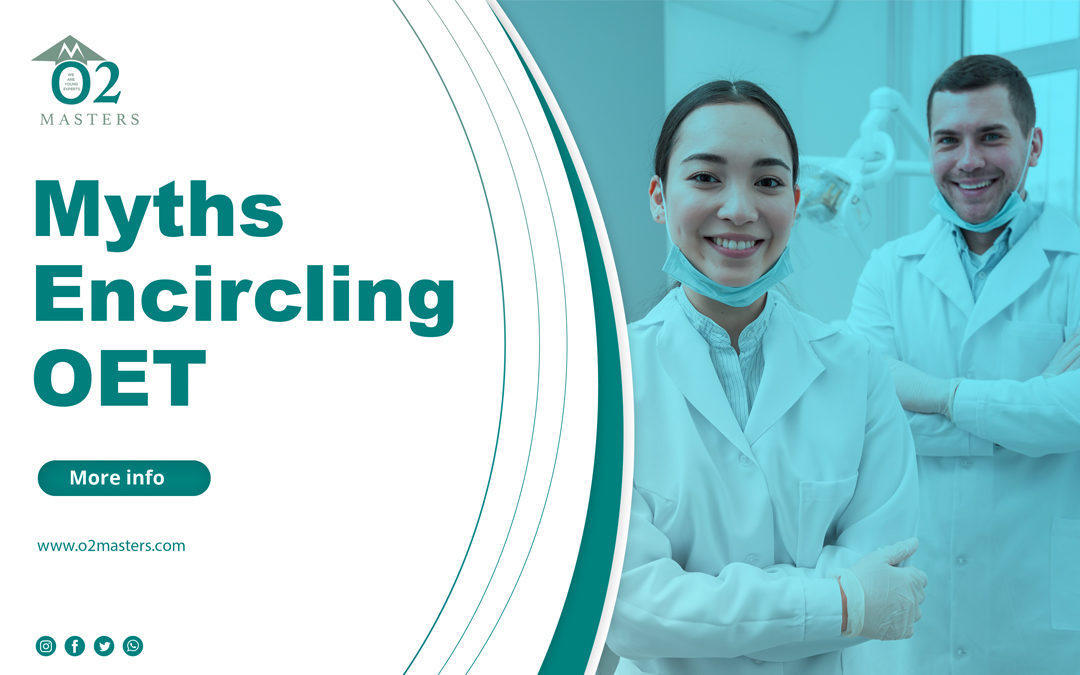 The trend of settling abroad has reached new heights in the past decade. But settling abroad is not everybody’s cup of tea. There are certain tests designed which you need to qualify with the appropriate scores in order for your visa application process. IELTS, PTE, and TOEFL are the most common test which everyone knows about. However, one such test which many people don’t know about is OET. OET stands for Occupational Education test and is specifically designed for 12 healthcare professionals. As OET isn’t as popular as other tests, there are a bunch of myths encircling OET. We an OET preparation course break it down for you.

Many first-time test-takers think that OET is designed to assess their medical knowledge. However, this is far from the truth. OET is not designed to assess your medical knowledge, instead, it evaluates your proficiency in English related to your field. For this reason, many test takers who aren’t that good at their skill still gets through the test because they have strong English. When preparing for OET focus on your medical English in order to clear the test with good scores.

#Myth 2: OET Is Easier Than Other English Proficiency Tests

Many students around the world take IELTS, PTE, and TOEFL and consider these tests to be difficult. Many people think that OET is easier than other tests. You can end up in huge trouble if you think so. OET is not easier or difficult than these tests. No clear comparison can be made between these tests as OET is an occupation-specific test which is not the case in IELTS, PTE or TOEFL.

You are highly mistaken if you think you can clear this test with just your medical knowledge and skill. Any kind of test needs preparation and OET is no exception. Take up a few mock tests for OET in order to assess the difficulty level of OET and to get an edge over your competitors.

When you take an OET test it assesses you over 4 sections, namely, speaking, listening, writing and reading which are specific to your profession. The grading system awards you a score between A to E with A being the highest and E the lowest. In case you fail in a particular in OET, you can reappear for that particular section again which makes it different from other English proficiency tests. Ace your OET score with affordable OET speaking material offered by O2 masters.